Study (2009) of the CREDOC, an evaluation of the Relays of maternal assistants

Study carried out by CREDOC in November 2008:  Evaluation of RAM

While the study shows that both parents and childminders are generally satisfied with the services provided by the RAMs, it is nevertheless noted that:

« On several territories studied, the RAM fits in a landscape already occupied by associations or unions of AM.These structures can even be at the origin of the creation of the RAM (without being the managers). turns out to be in rivalry with the relays, organizing their own animations, questioning the accuracy of the information provided by the RAM, or even implicitly asking the MAs to choose between their association and the RAM. In the territories studied, the reaction of the RAM is most often to ignore the activities as the possible attacks of the association or union in question (conciliation attempts being doomed to failure). « 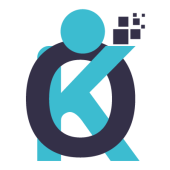